If you have just hired on to a new job position, then you may be told that you’re going to be contacted by a company called HireRight. This company performs screening and background checks on behalf of companies that contract them to do it.

When someone is hired, then the company may require them to go through this procedure. Even if someone has never done any illegal substances, they may still be a bit apprehensive if they are told that they’ve got to go in for this screen. Here we’ll take a look at the HireRight drug screen deeper.

What Is The Procedure?

The type of test that will be administered will depend on what the company you’re going to work for has asked HireRight to perform. As an example, they might conduct a urine, oral fluid or hair follicle screening. As part of their quality assurance, they use a chain of custody for the fluid or hair follicles that they collect.

They work with highly rated certified laboratories to perform the screen. HireRight works with the companies that contract them and follows procedures that comply with those companies’ requirements. This includes testing options and other factors that the company wants for new employees. They have numerous lab locations.

Conditions Of The Testing 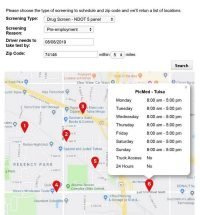 Because HireRight is a service company, it follows the conditions and protocols that the company that contracts them wants within Federal guidelines. It also complies with all state laws. This makes sure that the integrity of the testing remains constant. The main concern is that collected material is not contaminated.

Lots of people worry that a false positive might happen. The process, however, has a safety feature where anytime a test shows positive, then it will go through a second iteration. This confirmation testing is highly sophisticated. It is capable of identifying substances that could have triggered a false positive.

The precautions are put in place specifically to help protect the donor from being falsely accused of having consumed drugs. For obvious reasons, no one who hasn’t used drugs would want to be tested positive.

With all the procedures put in place, it’s highly unlikely that a false positive would take place. HireRight is respected and depended upon by many different companies to perform their drug tests.