Up to 10% of all drug tests produce false-positive results, and according to new research, false negatives are even more common, going up to 15%. Such outcomes do not happen randomly but are influenced by several factors. 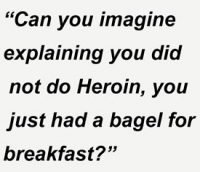 Nevertheless, being aware of tests’ limitation is essential, considering that over 100 million screenings are carried out in the US every year. Researchers have conducted numerous studies to understand the flaws of such testing better and have come to some interesting conclusions.

Cold medications, Wellbutrin, and tricyclic antidepressants are known to lead to false-positives for amphetamines. The painkiller Dayro and antidepressant Zoloft can show up as benzodiazepines. Sustiva, a common HIV-combating drug can show up as THC, while quinolone antibiotics might be mistaken for opioids.

When There Are No Doubts

Being in the same room with a person who is smoking weed won’t come back to haunt you when the screening comes. It’s best not to try and use it as an excuse either. It could only happen if you were with Cheech and Chong while they were hotboxing in their van, but no one will believe that. With cocaine, inaccurate results aren’t a thing.

If you were wondering what can cause a false positive for oxycodone, the answer is nothing, probably. Getting false or real positives for the drug is difficult, as the substance often don’t show up on tests at all. In a lot of cases, oxycodone use remains unproven even with regular users.

According to the research, most doctors aren’t even aware that there’s a particular test for oxycodone. Oxycodone is found in Tylox, Roxicet, Percocet, Roxicodone, Percolone, and OxyContin. Other opioids that often do not show up on tests are Suboxone, Subutex, Ultram, fentanyl, and methadone.

What Happens If I Get A False Positive?

In most cases, you won’t even know it. When the result shows up as positive, the lab technician conducts a confirmatory test to determine whether there was any actual substance abuse or not.