Is LSD A Natural Narcotic?

The belief is that all psychedelic drugs are natural is a common misconception. While some indeed are, like ayahuasca and magic mushrooms, LSD is undoubtedly not. The LSD, also known and lysergic acid, and colloquially as acid, was first synthesized in 1938 by Albert Hofmann.

The Swiss chemist discovered its effects purely by accident while conducting an extensive research project involving a parasitic fungus. Instead of finding a medicine that would assist women in giving birth, as he attended, he discovered a drug that would arguably lead to a cultural revolution.

After he had synthesized it, he spilled a bit on his skin. The first-ever acid trip was experienced by Hofmann on his way home, riding a bike. Because of that, there are many blotters even today that have his likeness riding a bike printed on them.

LSD Is Classified As A… 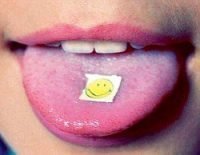 Strictly speaking, it’s not a stimulant. Medicine classifies it as a hallucinogen – a psychedelic, to be more specific. Hallucinogens are drugs that alter one’s sensory perceptions. Magic mushrooms, mescaline, ayahuasca, and DMT all belong to the same group.

But if you were to ask a seasoned psychonaut, “is LSD a stimulant?” you’d probably get an affirmative answer, and that’s what confuses most. The substance is stimulating to some, yes, but it doesn’t change its classification. Drugs like cocaine, amphetamines, ecstasy, and caffeine are all actual stimulants, in a medical sense.

Does LSD Show Up On Drug Screenings?

Standardized tests that are used by employers and governments do not screen for acid. The dose needed for a single trip is quite tiny, and it’s almost impossible to detect in urine, so most labs don’t even try. If you were to take acid, you’d body would rapidly remove it, within one to two days.

However, some tests are designed to test for acid. That’s a big however though. It goes only for some blood and urine tests – no hair test can detect it.

Abuscreen is a test that screens whole urine, serum, blood, and stomach contents for LSD. Another screening of the sort is called EMIT. Emit is a series of different tests that check the stomach, serum, blood, and urine for acid.

If you have taken acid recently and are still concerned that it might show up on your screening, you shouldn’t be. Probation officers or employers only administered EMIT or Abuscreen tests when there is reasonable suspicion that you’ve been dropping acid. The only way you could get caught is by showing up at work high as a kite or by swallowing blotters in front of your boss.