Salvia is a drug that is very rarely tested for during a screening. However, if someone wanted to test you individually for it, they could. Here are some tips on drug testing and how to make sure you are clean when you decide to look for something like a job that requires you to take a screen.

Generally, salvia is not that big of a deal when it comes to drug testing. People don’t use it enough for it to be a problem, so it’s not tested for. But, the plant itself is something that you need to be careful with. 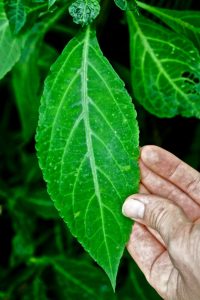 You don’t want to use salvia and then try to work because that could be very dangerous. It’s a potent drug that can cause you to hallucinate and lose track of yourself, so it’s wise to not do it in situations where you need to be alert.

Certain substances need to be avoided when you’re going to be screened. For example, you may not be able to get a job if your urine shows signs that you used marijuana recently. Look at the drugs that are not legal in your area, and you’ll pretty much have a list of what is going to be tested for in a lot of cases.

The primary substances that are tested for are things like heroin, meth, alcohol, marijuana, and prescription drugs that are considered to be narcotics like certain pain medications.

If you take any narcotic pain medications or anything else that could cause you to fail a test, let them know before you take the test what you’re using. You want to make sure that you have a prescription for the drugs that you’re using, or it’s not going to work out well for you.

If you fail a test for something that you’re not supposed to be on because you don’t have a prescription, then you won’t be able to get the job you’re testing for. If you’re on probation or need to take a test for other legal reasons, then being dirty can cause you life-altering severe consequences.

When you use salvia, it’s not going to show up on most regular screenings. But, if you know that they are going to test for it specifically for whatever reason, you have to quit using it for a few weeks to make sure it’s out of your system before you take a drug test.